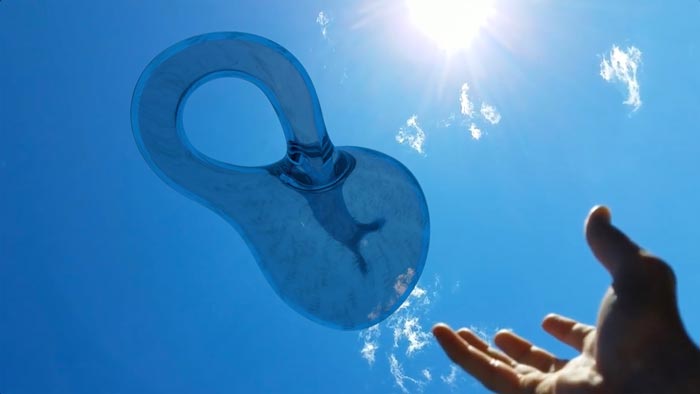 Beny: I was born in former West Berlin and spent my childhood moving between the USA, Israel and Germany. I studied at Bard College, NY, where I started in history but switched to fine art and became a painter for a few years. After graduating I moved back to Berlin and gradually shifted my practice towards moving image and writing. In 2015 I did a year long residency at Jan van Eyck Academy in the Netherlands, after which I started teaching at Gerrit Rietveld Academy in the Netherlands. Last year I moved to London to start a PhD at the Archaeologies of Media and Technology group at Winchester School of Art.

Sasha: I was born above the polar circle in the former Soviet Union, grew up in Moscow, and have been based in London since 2004. For my BA I studied Fine Art at the Slade, where I quite quickly began making moving image works and have been doing so ever since. I received my most hands-on filmmaking training during a semester at SAIC in Chicago. Recently I finished a PhD in Media, Communications and Cultural Studies at Goldsmiths, which also developed my commitment to writing as part of my practice.

In terms of our collaboration, there are several ongoing strands. On the one hand, we’re constantly discussing the kinds of films we want to make on a formal level. This comes in response to other films we see but also from just about any kind of stimulus we encounter. On the other hand, we’re intellectually interested in how we know the world. To this end, we seek out knowledge about the labor structures, scientific developments, technological infrastructures that have informed the particular ways in which we perceive the world and ourselves within it.

There is this general cloud of information that we’re always adding to, whether in notes, images, anecdotes, etc. Sometimes we’ll get excited about a theme we want to explore and start thinking about how this could be translated into a film. Sometimes that doesn’t at all work. Some things we’re very interested in don’t really lend themselves to film and sometimes we have to try it out in order to figure out it can’t work. The things that do work, usually happen kind of spontaneously. Like for example, with our film A Demonstration, we had actually been working on something else for about 6 months prior to that which we ended up abandoning. A Demonstration came from one sentence we read somewhere, which sparked this excitement and we worked very quickly from there.

Right now we’re working on a film that presents 3 episodes in the history of measurement. We became very interested in the metric revolution, it’s relationship to the French revolution, how the meter was defined as a fraction of the distance from the North Pole to the equator. From there we started learning about the relationship of measurement to justice, and maybe more importantly, its use of the pretense of justice as an effective way of cheating. This project is new territory for both of us because we have a script and are collaborating with quite a few people who have skills that we don’t. So it’s a more ambitious and decentralized scale of production than we’ve ever had before.

Summer Break: 6x6 project will be back in September with Edition Nº 29. Sign up to the newsletter here to be notified! Dismiss