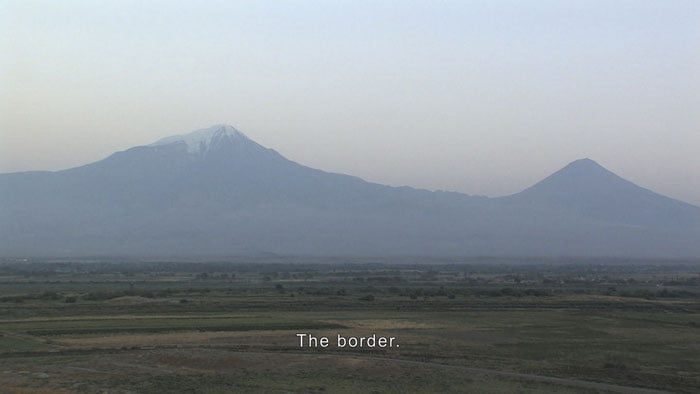 I hold a MA in Photography, which I obtained with a project that entirely consisted of a series of video pieces which explored the limits of the photographic and the moving image. During the following postgraduate program Transmedia at Sint-Lukas Brussels I had the opportunity to have classes from inspiring artists like Herman Asselberghs, David Shea, Manon De Boer, Leslie Thornton, Malcolm Le Grice, Anouk De Clercq and Hans Op de Beeck. It was then that I started experimenting with the evocative aspects of sound which resulted in a series of so called ‘nightscapes’. Since then my practice is generally characterised by an audiovisual and photographic approach. However, some ideas recently ended up being translated into text, print or installation.

Since my first passion as a child was music, I still find a lot of inspiration in music and sound. What affects my work as an artist most is minimal, ambient, electronic, new age and experimental music, especially from the late ’60s, ’70s and ’80s. Also music and sound work which is rooted in field recordings and traditional music attracts my attention. In film and video art I spontaneously have to think of the work of James Benning, Sharon Lockhart’s ‘Teatro Amazonas’, and Ben Russell’s ‘Let Each One Go Where He May’. Or the photographic work of Richard Mosse. On a continuous basis perhaps an even bigger influence is the work by my colleagues and fellow Messidor co-founders Meggy Rustamova and Sirah Foighel Brutmann & Eitan Efrat. The ongoing dialogue between the four of us on the level of content, production and presentation is perhaps the strongest influence of all.

My work is based on research and finds its origin in the history and current reality of a place and its people. In most cases I travel to these places to explore and to verify the local situation, make contacts, interview people, collect footage and make use of local archives to collect data. The fascination for a certain subject can be triggered by different literary sources or from traveling itself, and might be hanging around for a long time before actually being used, if ever.

Currently, I’m preparing a solo show in which a first body of mainly photographic work from three travels around Mount Ararat and Mount Aragats and its surrounding Kurdish and Yezidi communities on the border between Turkey and Armenia will be presented. This series of work speaks about belonging, the desintegration of memory, the construction and deconstruction of cultural identity, but also of the image itself. At the same time I’m processing footage from a recent residency period in Mexico City to start editing a few new video pieces.