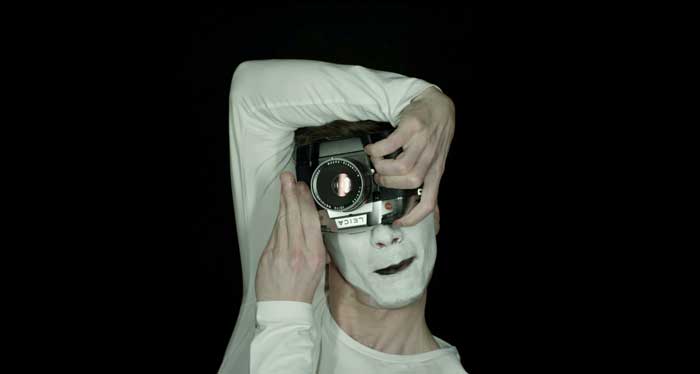 I have a degree in photography and a Master in Arts. I’ve been one of the main contributors in the independent art scene in Oslo, curating, running galleries, writing and trying to change the hierarchies and structures of the local art scene, while still attempting to make art that is relevant in a global context, using the method that is available at the certain time I’m inspired to act.

I dwell deeply on certain topic, place or phenomenon, sometimes for years, then I manically execute whatever I’m urged to do, when the procrastination has been going on for too long, and the urge becomes too severe. My process is highly bipolar, so I try to work as little as possible, since it’s mostly unhealthy for me. I feel that an artist shouldn’t make just for the sake of making, but rather follow his instincts when it feels absolutely necessary, an attitude that often leads to highly productive phases follow by great lapses of meditative states, which again feeds new production. Almost like a Buddhist I hope this cycle one day stops, and I can be content with just being a witness to the whole caboodle, doing almost nothing, understanding a lot.

I’m preparing a book with 777 portraits of the Cambodian population, emulating the photographs by Nhem En, who photographed the victims of the genocide in the ’70s, I’ve gone to all 26 provinces of Cambodia, trying to make a new and hopeful history, giving voice to the survivors of the tragic history of the country and their children, igniting a hopeful scenario for the crazy, amazing and beutiful Khmer people. After I’m done with that I’m going to walk around with my Sony A7RII and my Voigtländer lens, recording life Cinéma vérité style, mostly at night, and write notes for a new beginning in a moleskin, maybe.