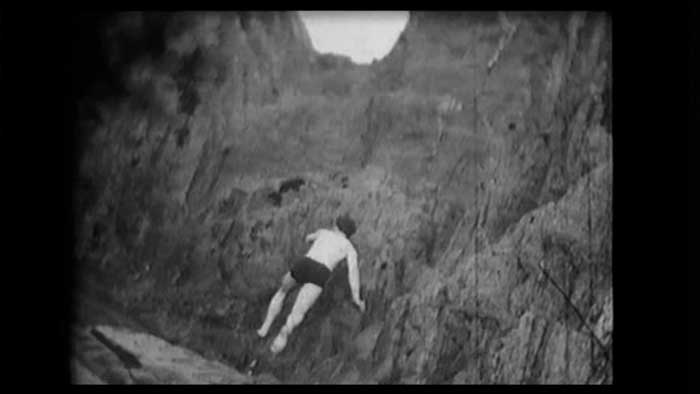 I’m from a big family brought up by my mum mostly on her own who has encouraged me in her own way to pursue my art. I was always into painting, photography and all kinds of films. I came to London to do BA Fine Art when I was young and not very confident and gave up painting and I made a few videos some of which I still like but the whole process made me not like art so much. So for a while I went off to work as a video editor and ended up working in the film visual effects industry in Australia. The hours were insane but I saved up and started making art again and so eventually I came back to London. And art. And got a studio. And this time with a lot more life experience and a drive full of very cool footage and lots of ideas enrolled in an MA Fine Art and was really blessed with my cohort that year.

Cinema, writers and thinkers, architecture, scientific discoveries, astronomy. And although I don’t want it to a certain unease with politics and the world happenings of late.

I usually find an image or read an interesting article or paragraph or find a special discarded object or I meet someone and a conversation sparks an idea. I have a little notebook for ideas. Most never go anywhere. And usually whilst in the midst of one project, another branches off and I have to put that part on hold until I’ve finished the first. Or the second branch becomes bigger and better and more significant and I drop the first. But generally I let everything grow quite organically. Even with the film shoot. Just plan where I’m going and then find my way. The edit is where everything comes together like cooking, throw all the ingredients together, give it a stir and try and make some sense out of it.

I’m working on a pseudo meditation 3D animation utilising some fancy softwares I learnt over the first lockdown. It’s going to have some political overtones in the voiceover which I’m scripting right now but look and sound wise it’s going to be hypnotic.

And another animation work for an exhibition next year about waiting—something we’re all doing a lot of lately. The work is going to be set in a train station where trains pass through but never stop. It’s not going to be very long but it will probably be on eternal loop.