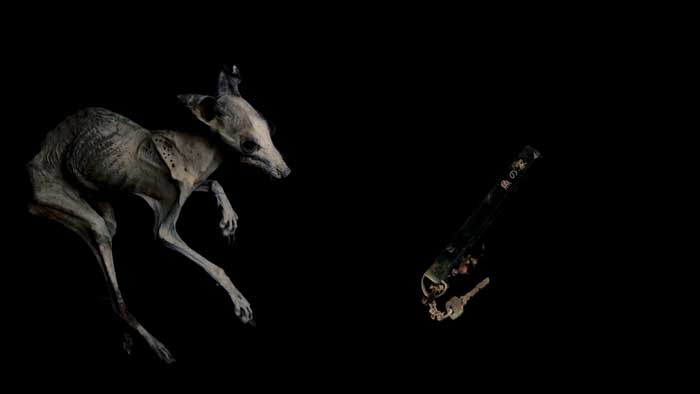 I’m originally from New York. I studied at Parsons School and completed my BA in 2003. After finishing the course I was pretty burnt-out on NYC. I’d taken a year off which was when September 11th happened and then when I came back everything felt really different so I finished and hit the road. I moved up to Provincetown on tip Cape Cod which is a pretty remote summer resort town. I ended up working while there as a graphic designer for an institute whose research focused around the coastal environment and marine mammals. It was a small place and the exposure I got there has been tremendously influential. I’m a kind of failed biologist — I studied biology briefly at undergraduate level but left early and then attempted it again at a community college in Cape Cod — I don’t think I have the right kind of brain for hard science but it has a big role in my work. I moved again after the Cape to Connecticut and worked in Graphic Design for a Contemporary Art Museum. I think that was the big impetus to get out of design and back into art. I spent most of the years after my BA keeping a painting and drawing practice going but it was pretty directionless — I’d been dabbling at the time with sound and got some training through connections from my marine mammal friends at the Cornell Lab of Ornithology but I didn’t really know what to do with it. I ended up coming to London to do my MA a Goldsmiths and rediscovered an interest in moving image — it seemed like the best output for putting together the things I was interested in — image and sound.

This is a really hard question. Honestly, I don’t feel a tremendous aesthetic affinity with many visual artists. There are artists I admire very much artists whose work awakens me to the possibilities of their form such as John Akomfrah, Hito Steyerl and Patrick Keiller. Though I don’t necessarily think I ‘take my cue’ from them, as such. I just remind myself of the power of their work when I feel like it’s all a bit of a waste of time and it re-invigorates me. I’m also inspired, to some extent, by feature film directors such as Andrei Tarkovsky,early modern literary fiction by Melville and Nabokov, contemporary fiction by Ben Marcus, Dennis Cooper, Katrina Palmer and Jason Schwartz (I’m currently re-reading John the Posthumous which is an incredible text), cultural theory by Paul Virillio, Franco ‘Biffo’ Berardi and Donna Harraway.

My practice has a huge amount of research and personal experience backing it but I almost always begin with sound and weave everything around that. The sound in a way is the thing that give the work its body. Once I have a sound I can really start fleshing research and narrative into an actually work — one of my most recent works “The eye that articulates belongs on land” had a loose story but the edit really began with this siren like recording I had of a bird that I was obsessed with. That film is actually loaded with bird sound but I don’t think that is entirely obvious.

I’ve been gathering material for about a year on river deltas and about engineering around vulnerable cosmopolitan coastal environments. I feel like the project is still in its research phase however I have begun writing a sort of script for the final work. A subtext to that project will also be a historical perspective on the issue of ecological thinking in fine art practice of the past and the sense in which it arguably failed to achieve its goals. This is a cyclical thing as I feel we’re currently in a moment where ecological and climatological issues in contemporary art are very much back in vogue, mostly under the theoretical umbrella of the anthropocene.