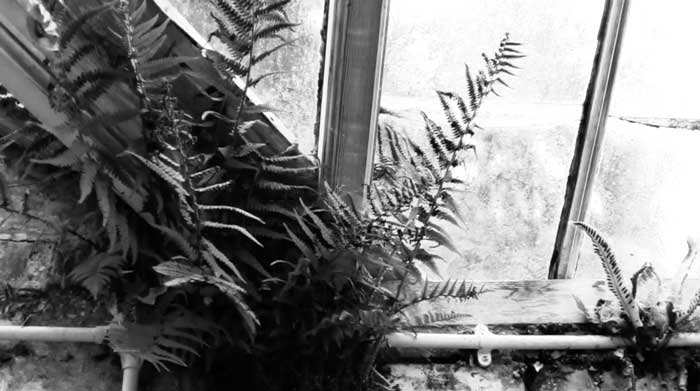 My awareness of experimental film came to me in my 30’s in the form of the Alchemy Film and Moving Image Festival. From attending this annual event as an audience member, I went on to volunteer for a number of years before attending each year as an exhibitor. With no formal training in experimental film or an arts degree of any kind, watching work, meeting artists and attending Q&A sessions was my education.

I’m influenced by the landscape here in South East Scotland, and have made work in the forests surrounding my home. I produce an experimental film podcast and I draw inspiration from talking to artists I admire about their creative and technical processes. I am part of a film collective and the individual members and the collective as a whole have significantly influenced my work over the years.

More often than not my early research involves spending time in a physical space that interests me and meditating on the concepts, themes, feeling or messages I hope to share through the moving image. I think I instinctively know when it’s time to pick up the camera, and from there fully immerse myself in utter joy or mental anguish of shooting and editing and shooting and editing until I think the work is completed.

Our film collective is running a short residential where 10 of us will each install a moving image and multi-media work that collectively respond to a central concept of interspecies communication, and to the challenge of making work for a forest. I am focusing on this work at the moment and looking forward to seeing what can be achieved.