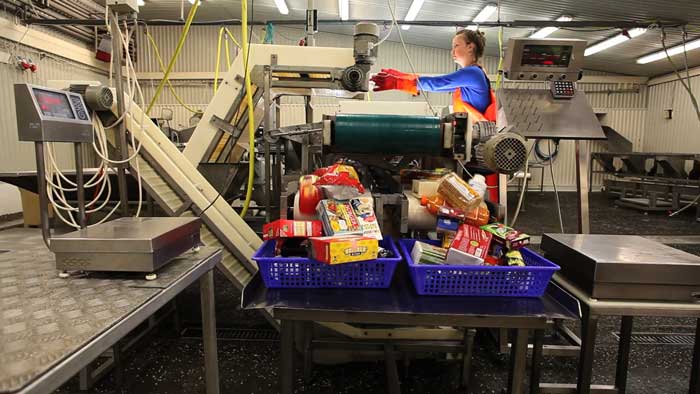 I come from Reykjavík Iceland but moved to Berlin some 10 years ago. I’m raised up at the shoreline of the Atlantic Ocean, literally with the waves going over my house in bad weather, and childhood family travels between the different small harbour towns in Iceland extended to world travel as I grew up. I have always been very curious and carved out my own path to satisfy that urge. In my 20s I was travelling and studying anthropology and later interactive design in London before going to art school. My first encounter with making art was during a stay in an high school in the US as a teenager. Later I was the first one at the University of Iceland to hand in a visual project instead of written thesis when I was finishing my degree. I started making creative documentaries before I ventured into contemporary art.

I’m very influenced by the critical perspective and approach that I was so lucky to receive during my studies in anthropology. My art work is born out of qualitive research and observation of socio-economic issues. I haven’t really approached art making with adoration of an older master artist but rather been influenced by the art and thinking of my peers. I’m very influenced by the many conversation I have both with friends, colleagues and collaborators. Everything I see, hear or sense, whether it is art or the broader culture and society influnces me. I feel like I’m an observer.

My projects are very long-term. I work on the same research project for years and there are many artistic outcomes on the way. Documentary, book publication, single-channel videos, sculptures, large immersive mixed media installations…. The last long-term project Keep Frozen started with a gut feeling and the research goals and objectives came clearer along the way. It was a journey of discovery. Iceland had just become bankrupt and I had just moved to Berlin. I felt that the problems Icelandic society was facing and continues to face have very much to do with a denial to deal and work out the past. It is my conviction that how you deal with and what you choose to deal with in the past, what kind of research is funded, what kinds of diggings are undertaken, determines what possibilities are imagined for the future. How the collective or the individual can imagine how things should or could be done. So my gut feeling was that I should go on a personal journey looking at the past and travelled to the small fishing village of 166 people that my grandmother came from before moving to Reykjavik. There I just walked around and talked to people, observed, took photographs and just did what I felt like doing. I ended up making a one minute single shot video work Keep Frozen part zero. My next steps took me on a journey all along the North-Atlantic to the coast of Africa in the east and the coast of the US in the west and to Reykjavik in between and the works started to have much more broader relevance although rooted in the personal.

I just started a new work. Couple of years ago I was invited on a residency in Southwest Australia to research the harbor there. I had become some kind of harbor artists I assume. I’m not used to going on organised residencies. I usually just go to the places I need to go for my research interest and organise it myself. So I was not sure what do do. I had not much previous connection or reason to go there. What I decided to do was to start using my camera to investigate, I shot photographs and video clips around all the products that were exported from that harbor both at the port and also in the hinterland where those products were mined or harvested. It was later when looking at those photos and and video clips in my studio in Berlin and also at the same time hearing about the opening of German owned silica processing plants in Iceland that I started to make connections. One of the export products from that port was silica dioxide sand mined closed by. This kind of silica dioxide needs a lot of processing and the most pure silica (Si) that comes out of the process can be used to produce chips and solar cells. I used my time at Künstlerhaus Bethanien to show the project in its initial state to some curators and now it looks like it is going to be part of two exhibitions in Berlin opening in October and also an exhibitoin opening in south Germany in November. The journey is just starting and I will be on this journey for some years to come.