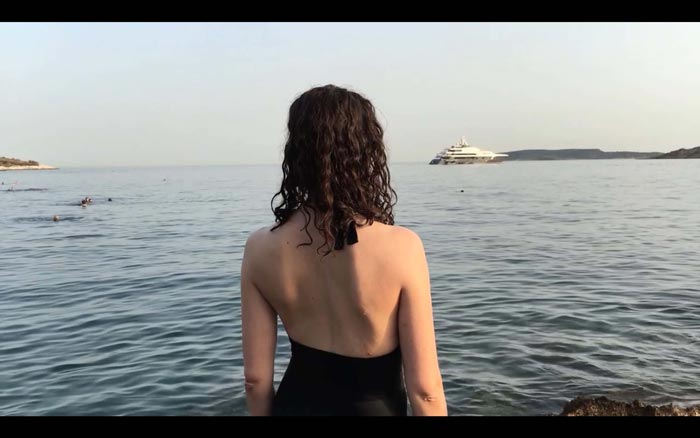 My background was marked by cinema early on in my life. When I was in my teens, I often went to watch classics at the cinema with my father who was a documentary filmmaker. I remember watching Ray’s “Pather Panchali”, Rossellini’s “Païsa”, Minnelli’s “Meet Me in St Louis”, Mankiewicz’s “The Ghost and Mrs. Muir”. This experience has definitively encouraged me to make films. Although I started with a History degree in Paris, I went on studying Film and Photography in London, where I lived for over ten years. It is such a stimulating place, where the art world experiments with many forms. There I could explore interactions between cinema and artist’s films and videos.

In London, I met filmmakers William Raban, Ken McMullen and Stuart Croft, who were my teachers at the London College of Communication and at the Royal College of Art. For a few years after graduating, I had the opportunity to assist on the development of some of their film projects, often for research and later on production. There were inspiring experiences because I could have an insight on their ways of working. The stimulating relationship of these artists to their work has broaden my approach on filmmaking. But when it comes to my own projects, I look at literature.

A new film project, usually starts with reading. Then I detach myself from the original texts to write my own script in relation to the context that structures it. The writing process is a frame where I throw in my feelings of reality and where they translate as physical, natural moments of the characters. Then I have to visit the places where I envisage my film shoot. My method would be, to quote Jean-Marie Straub: “Walk in a place three times, and find the right topographic point. That way one may be able to catch the mystery of the place without destroying it.” This is the way I approach the writing of all my films. Topography is the trace of History, the trace of what we want to show, what we want to say. With photography, there isn’t a starting point. It’s a spontaneous on-going process that allows me to remain open to my immediate environment, without any program or strategy. In “An Attempt at Exhausting a Place in Paris”, Georges Perec writes in details what he observes on a square over the course of a day. It’s an inventory of his immediate environment, the traces of the real.

I’m writing my next film, which is the portrait of a woman writer during the Second World War. It combines real and fictional facts inspired from her essays, journals and letters, focusing on the politics of the female body during her time and in our current political context.