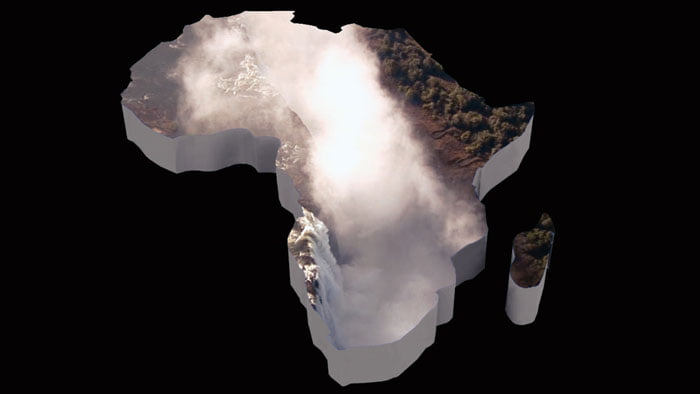 I am a French-born Afro/Vietnamese/Cambodian creature. I was mostly raised by my mother, in the suburbs of Paris. She was a seamstress, alternating with moments of unemployment. We lived in a housing project, with my sister and my brother, in a very multi-cultural and working class environment. I grew up watching kung fu movies, Japanese animations, playing video games, riding my BMX and drawing. I also practiced karate for 5 years. Then I became obsessed with reading and writing. At 18, I begun studying modern literature at the Sorbonne. After 2 months, I gave up and moved to London with 500 francs (£50) in my pocket; I slept at the hostel. And phewww! I quickly found a cash-in-hand job, washing dishes and pans in a Soho restaurant. Then I worked in a factory, then a number of restaurants and bars. I was also a party animal and hang out a lot with ravers and DJs. Then I studied Fine Art at Central Saint Martins (2006), focusing mostly on sculpture and installation. At the end of the program, I started incorporating videos into my 3D work. Then I moved to Reykjavik (Iceland) where I lived for 2 years (2007-2009). There, I worked as a bartender, a set designer, a touristic guide and a fisherman. I did a lot of road trips around the country whilst making a series of videos. Then I returned to London, to do a Master of Fine Art at Goldsmiths (2011). In the meantime, I also became a DJ.

Almost everything but mostly classical and theoretical physics, science fiction, activism, rebellion, weird landscapes and music. But for more details:

My practice is informed by progressive research in fields, such as Chaos Theory and Synchrony. Many of my works present a “surrealist” take on this manifest reality. In the past, I have worked with Quantum Theory researchers, drawing parallels between their legitimate fields of study and the narrative extravagancies found in science fiction. Also, I love watching the making-of (behind-the-scene) of sci-fi movies and magic shows.

Recently, I have been interested in how race and gender have become other systems, used to make sense of the physical reality. As a brown female artist from a working class background, I have been made aware of my own “characteristics”, when privileges are given upon a “chart” defined by race, gender and class. So I read, watch and listen anything to do with social justice and activism. I am a big fan of senegalese writer Fatou Diome, author of The Belly of the Atlantic. She gave enlightening lectures proposing efficient solutions for the process of decolonisation. Also, Martinican Psychiatrist and philosopher Frantz Fanon is one of my hero.

I am interested in optimism and positive technology as forms of activism. I look into futuristic architecture, product and graphic design, and, Afrofuturism. I listen to niche music produced outside the West. I’m interested in mad topology in nature, and vulnerable and intense landscapes.

It varies. Generally, I do A LOT of research. Sometimes I can’t sleep because of my hyperactive brain that processes the first ideas. In these moments, I get up and try to put these ideas on a notebook, writing, making storyboards and / or diagrams.

I like setting a list of parameters, similar to a plan of action, to improve the quality of my productions. I write this list on a whiteboard or digital document that I commit myself to check regularly throughout the process. Here are examples of possible parameters: “have textures”, “build a climax”, “don’t overdo the flares, otherwise it will become hmmm!”, “do not compromise”.

Sometimes, I’d collect homemade and found audio-visual materials that I use directly, or, let to ferment for ages until it becomes relevant to a project.

I am working on a video, in collaboration with Icelandic-based artist, radiopresenter and adventurer Svavar Jonatansson. Last year, we used his Nikon D800, and filmed ourselves interacting with outdoor warehouse spaces. We did it on the outskirts of Reykjavik, while playing loud music from his car stereo. One of the tracks was mine; otherwise we played a lot of techno. He did a first edit of the video and it’s already super kuul! Now it’s my turn to have a go. We work remotely but we will sometimes be in the same city. He was in London last week. I am going to Reykjavik at some point in the spring. Also…literally I just started working on a satirical, political and upbeat video. It will premier at the next Euronoize event, on 23 May in London. Also-also,I am working on my first EP – I am making super hybrid music. One of them as a zouk (Creole music) kind of beat, with a very electronic feel to it, and my own voice.