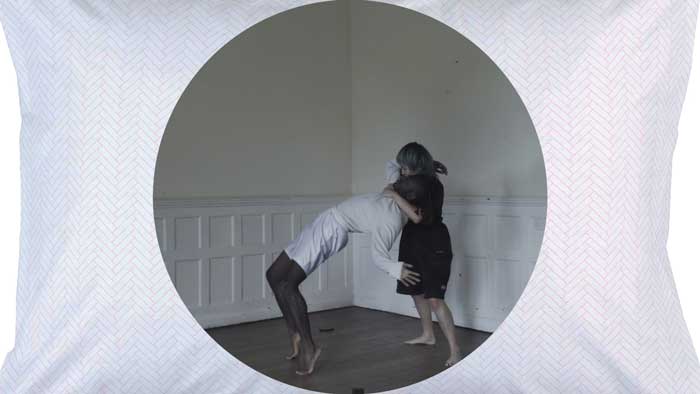 My background is a bit non-linear and convoluted: I studied sociology at the London School of Economics, and considered a path in academia, enamoured with the possibilities of creating knowledge that the university represented. By my third year, I had grown disenchanted by the endless hierarchies and bureaucracies, one of many students fatigued by the effects of privatisation on the UK university system. As my formal learning started to resemble that of an expensive chore, I started to work with video, a far less conscripting method of nurturing my interests. I could be emotional, loose-tongued, wandering; I didn’t have to be certain, productive, arguing my way forward. I decided to switch paths after completing a deflating research internship at a university, and did a brief stint at a documentary film Masters programme at Goldsmiths University, but didn’t feel comfortable in the genre’s attachment to factual truth claims. I kept making experimental work that played with what truth is or could be that confused people, I think. And so, I have arrived at working with moving image, where there is space for me to care about the issues I care about, in the ways I want to learn and explore and share them. As an ever-evolving person, I don’t know how long this iteration of my practice will last, but so far I am finding it more expansive and liberating than anything else I have done, which is promising and re-invigorating.

Work that is disruptive, curious, and care-ful, that encourages us outside of obedience or passivity or neutrality. It grounds me in my own position as an artist, this comradeship of practitioners who materialise ways of being and living beyond these delineated boxes that were always destined for expiration. This doesn’t at all have to be formally recognised “artistic work”, I should say. More often than not, it is simply persons who are making expansive and envisioning work in whatever they do, perhaps even just by being. Crucial, of course, are the sociopolitical rootings — explorations need to address our contemporary structures in order to truly depart from them, or it can easily fall into erasure, or an unwitting re-looping of systems.

I have a vague direction I want the work to move in, and then I grumble and mutter and eventually chisel a skeleton of a piece out of the haze of feelings, dreams, points of intrigue. Then I like to sprinkle something unfamiliar I have been wanting to try out — like a technique, a concept, an approach — into the process, to throw some unpredictability into it. Things take their time and rearrange themselves, before coalescing into a gut feeling that feels trustworthy and ready to be worked with.

I am making a film for my solo exhibition at Obsidian Coast in 2021, titled
“Loving 佢 | /ˈlʌvɪŋ/ /keuih/”. It’s about how the unknown guides us towards knowing ourselves, and takes the form of an imagined exchange between two beings in separate worlds. It’s been delayed due to COVID-19, which has of course changed our relationship to labour, time, and care on a global scale. I’ve never been with a piece for so long before, and it’s quite special, feeling your relationship to each other undulate, like breathing together. I’m also about to start working on the second installment of my long-term project, “An A-Z Of Imagining A Better World”, in which I make one no-constraints, entirely-up-to-me video a year, ticking off one letter of the English alphabet at a time. I think the one for 2020 will be “C: Cry”, as this year has been one marked by grief and release, and I have found myself crying more than I can remember.