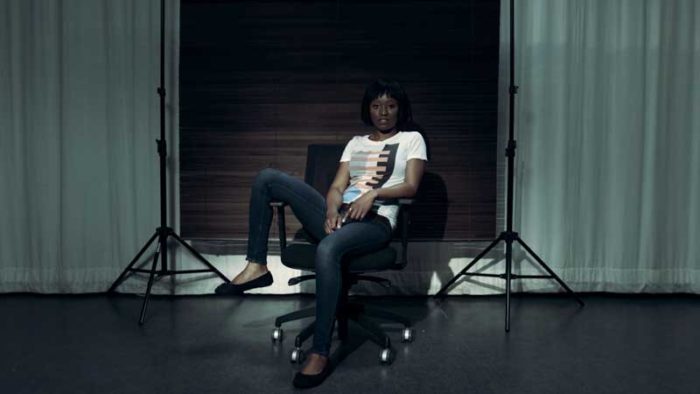 I studied animation and fine art in Ireland before moving to London to complete a masters in fine art. Growing up where I did it was hard to find much relating to art or niche culture so a lot of my earliest influences would have been English political comedians of the 80s that I watched on television. Music was also a big influence – we would swap tapes in school. The Velvet Underground, ‘Venus in Furs’ made a particularly potent impression.

Seeing Bruce Nauman at Tate when I was 17 was a formative moment and he remains a founding influence. My work reflects on life in the current moment, particularly life in London: a large urban place that feels the full force of capitalism and social differences. This as much as other art, music, writing and so on feeds my practice.

I usually start a new moving image work with a storyboard or script. These can often change once production begins but they are a useful way of framing the making. While I have mainly made moving image, I have an increasing interest in sculpture and materials.

At the moment I am working on some sculptures and a new moving image work that reflect on the specifics of how a place feels. This has grown from an interest in the various communities and cultures that tumble on top of each other in different parts of London. I’m interested in what the vibe of a place is, who belongs there and who may be excluded.